Even the best of friends can get into fights from time to time. Unfortunately, when it's two dogs fighting, the results can be devastating. When two normally friendly dogs get into an altercation, it can often be over something as simple as momentary frustration, or food that wasn't shared fairly. Regardless of what the cause was, it's important that you know how to react should your dogs become aggressive towards each other.

If your dogs are fighting, the first thing you'll need to do is put a stop to it. That doesn't mean you should step in between them, especially if they're big dogs. Stepping into a dog fight can result in you receiving devastating wounds. Instead, you'll need to act fast to find another way to stop the fight. One way to stop a dog fight is to use water. This approach works well if you're outside. Grab your garden hose, attach the high-pressure nozzle, and spray your dogs down. The shock of the water should stop them long enough for you to put an end to the aggression. If your dogs are fighting in the house, resort to loud noises. If you have an air horn, such as the kind used at sporting events, give a short blast to stop the fight. If you don't have access to an air horn, grab two large pans and bang them together as loudly as you can. Once you've stopped the fight, you'll need to separate them as quickly as possible.

If you have small dogs, you can separate them by moving each one to a different area of the room you're in. However, larger dogs are going to require a more secure form of separation. The best way to do that is to quickly secure one dog in a bedroom, while moving the other dog outside. This will separate the dogs enough that they won't smell each other, which will allow them to calm down quicker. Try to keep them separated until they've calmed down and are relaxing comfortably.

After you've separated your dogs, you'll need to check for injuries. Begin by looking for signs of obvious injuries, such as bleeding or bite marks. If the wounds are bleeding profusely, you'll need to apply pressure with a clean cloth. Once you've stopped the bleeding, you should clean the wounds with an antiseptic soap. When the wounds are stable, transport your dogs to the animal hospital for a thorough checkup. To prevent backseat fighting, transport each of your dogs in their own separate carriers. 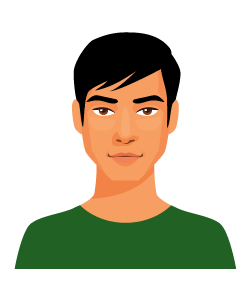 Do you remember the last time your animals started having health trouble? I have always been one of those people who is overly conscious about their pet's health, which is why I started paying more and more attention to the veterinarians in my area who offered services. I was able to find a vet who really took our pet's problems seriously, and he started talking with us about different issues our animal was faced with. Because of our dog's vet, he is alive and well today. Check out this blog for more information that could help you to keep your pet happy and healthy.

Your Dog: To Fix Or Not To Fix, That Is The Question
4 May 2018
&nbsp; If you have a female dog, then you may be thinking about breeding her. Of course, you will also want to be sure you are doing what is right for …

3 Ways To Help Your Dog Live Longer
19 March 2018
One of the saddest facts of life is that dogs don't live nearly long enough. While average dog lifespans vary by breed, many dogs only live to be 10 o …

Moving On Up? Don't Let Your Cat Take A Tumble
20 December 2017
If you are currently residing in an urban high-rise apartment building, or if you are planning to move into one, you need to be aware of a phenomenon …